The Purchasing Managers Index (PMI) for Manufacturing in India recorded a growth for the third consecutive month, reaching a level of 55.9 in October as compared to itâs September level of 53.7. It augurs well with the countryâs economy as a PMI value greater than 50 signifies expansion in economic activity. Reports suggest that this sharp turn also saw factory output increase at a sharp pace.

Despite these encouraging developments, concerns are also being raised about the pressure of rising input costs and price escalations due to delay in supplies on account of non-availability of containers, higher freight charges, and other supply chain disruptions. Some firms were able to pass on the additional cost burden to their clients by raising output charges. However, a large section of manufacturers falling in the SME bracket who were unable to negotiate higher prices are seeing a moderate impact on the margins, as per the report.

Recently textile manufacturing in China continues to be impacted due to the electricity crisis that has forced their government to undertake rationing of power supplies.  The situation is leading to a worldwide shortage of goods produced in China and depending on how long the shortage lasts, this is expected to lower Chinaâs GDP growth for the year.

The Honâble Consul General shared an insight on the ground realities in electricity shortage and related issues. He congratulated the Council for the brilliant effort in organising the group discussion on the vital topic useful for development of Indian textile trade.

The panelists shared their views and latest updates on recent developments in textile manufacturing in China due to the electricity crisis. Towards the end of the meeting, Shri Sunil Patwari, Vice Chairman, TEXPROCIL summarised the discussions at the meeting and analysed the possible changes in demand â supply situation for yarn and other commodities of interest to the Indian textile and clothing sector. Members attending the program found the discussions useful as it provided an insight on real-time developments in China in the wake of the electricity crisis.

The Online system for the RODTEP scheme has been activated. Exporters are now able to generate the E-Scripts on the ICEGATE portal.  This has come as a huge relief to the exporters. The Council had conducted a Webinar on the Implementation of the RODTEP scheme for its members on 27.10.2021 to educate them regarding the scheme as well as its operation. The Webinar covered all aspects of the RODTEP scheme such as generation and transfer of the E-Scrips, declarations to be given on the Shipping bills, conditions related to payments, precautions to be taken by the exporters while operating under the scheme etc. The Webinar was well attended and widely appreciated by the participants. The Council will conduct many such Webinars for its members in future also.

Friends, all reports suggest that the onset of the festive season in India and the upcoming holiday buying season in the West augur well for all types of trade in merchandise goods. As the world opens up after almost 18 months, the shopping spree should lead to higher consumption thereby adding to positive growth in exports and overall economy. 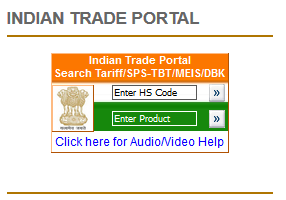 Copyright © 2017. All Rights Reserved by Texprocil